See the world, they said 3A Alaska 1

See the world, they said 3A Alaska 1

Hey there.... back again after another week. Here's the first of two flights I made in Alaska.

Today I took a group of geologists from Scammon Bay on the west coast of Alaska to the eerily-named settlement of Nightmute on Nelson Island, again on the west coast. By their request we took a more 'scenic route' around the edge of the Yukon Delta Wildlife Refuge in a big circle to the east and SE before heading back west to Nightmute. When I asked why, they said 'Coz it's so pretty, and we're paying', which seems fair enough. The arrival and departure points are tiny settlements at the foot of small mountains or hills, but the rest of the trip was over extremely flat land covered with small, interestingly coloured lakes, rivers, swamps, etc. The photoreal coverage was pretty good most of the time, though the topography was often bad for the banks of lakes and rivers – often jagged edges sticking out from the photoreal overlay which spoiled a LOT of images. The crazy shapes and colours made it an enjoyable flight, though, and some of the best shots are included below. 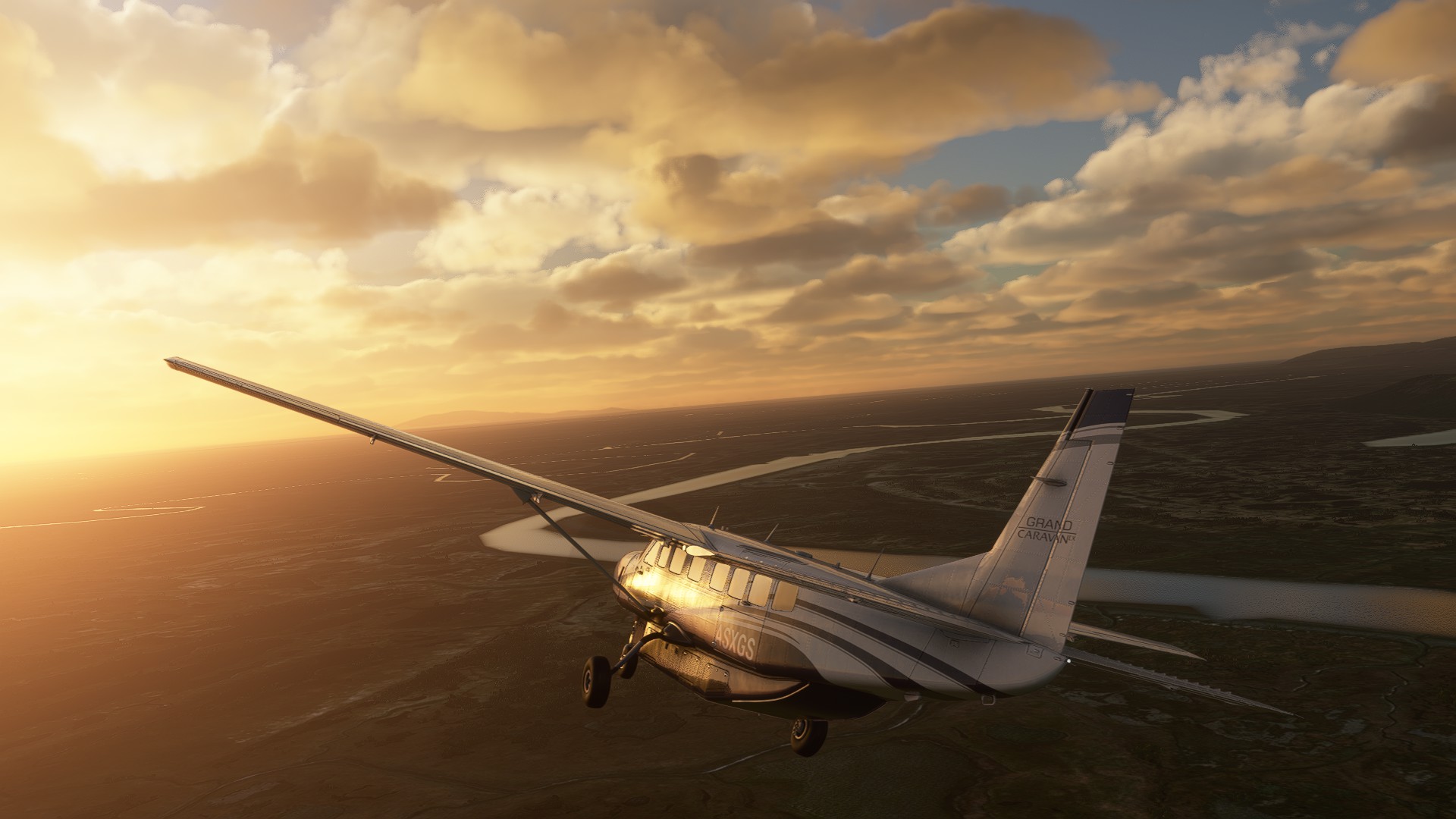 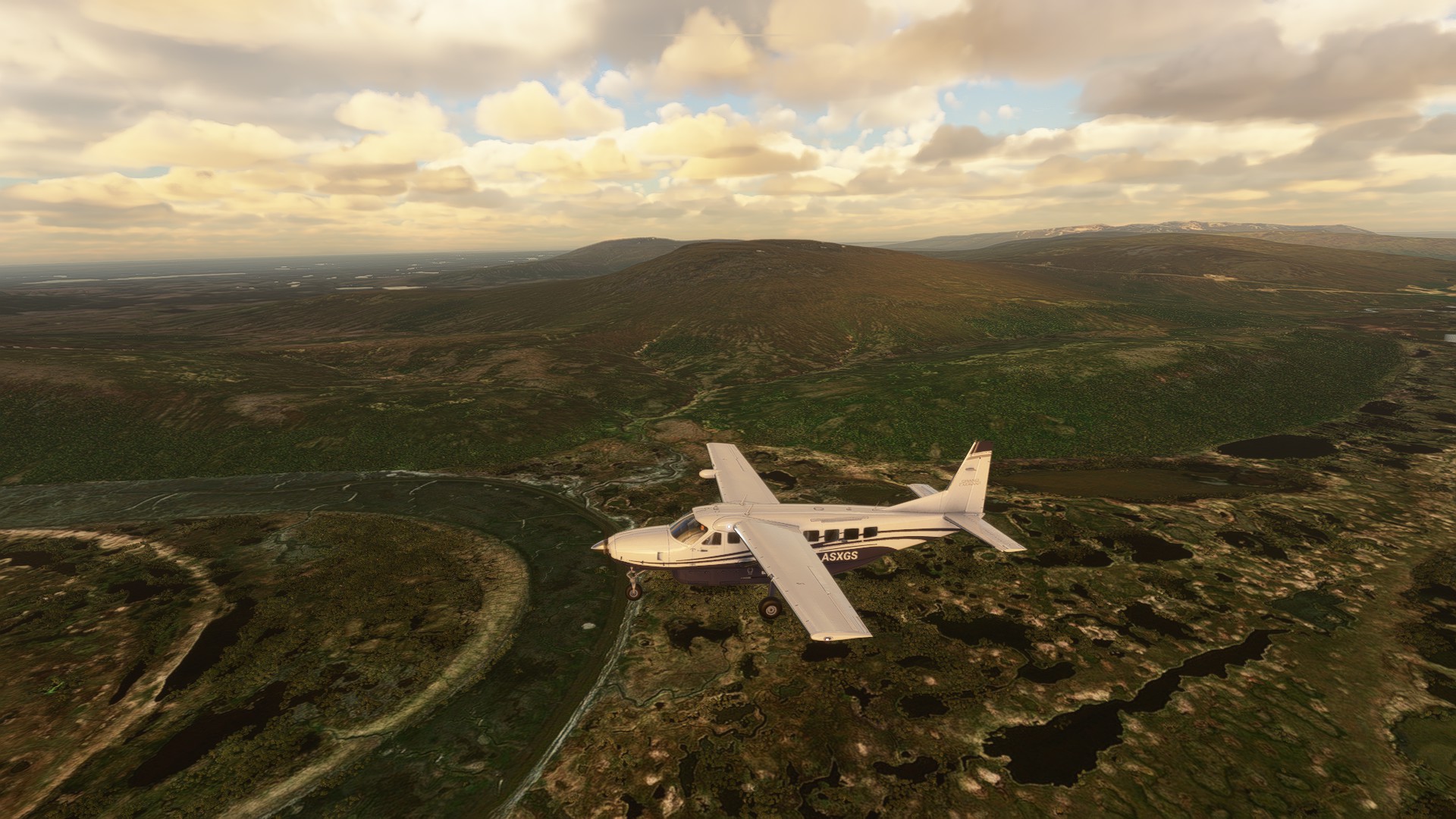 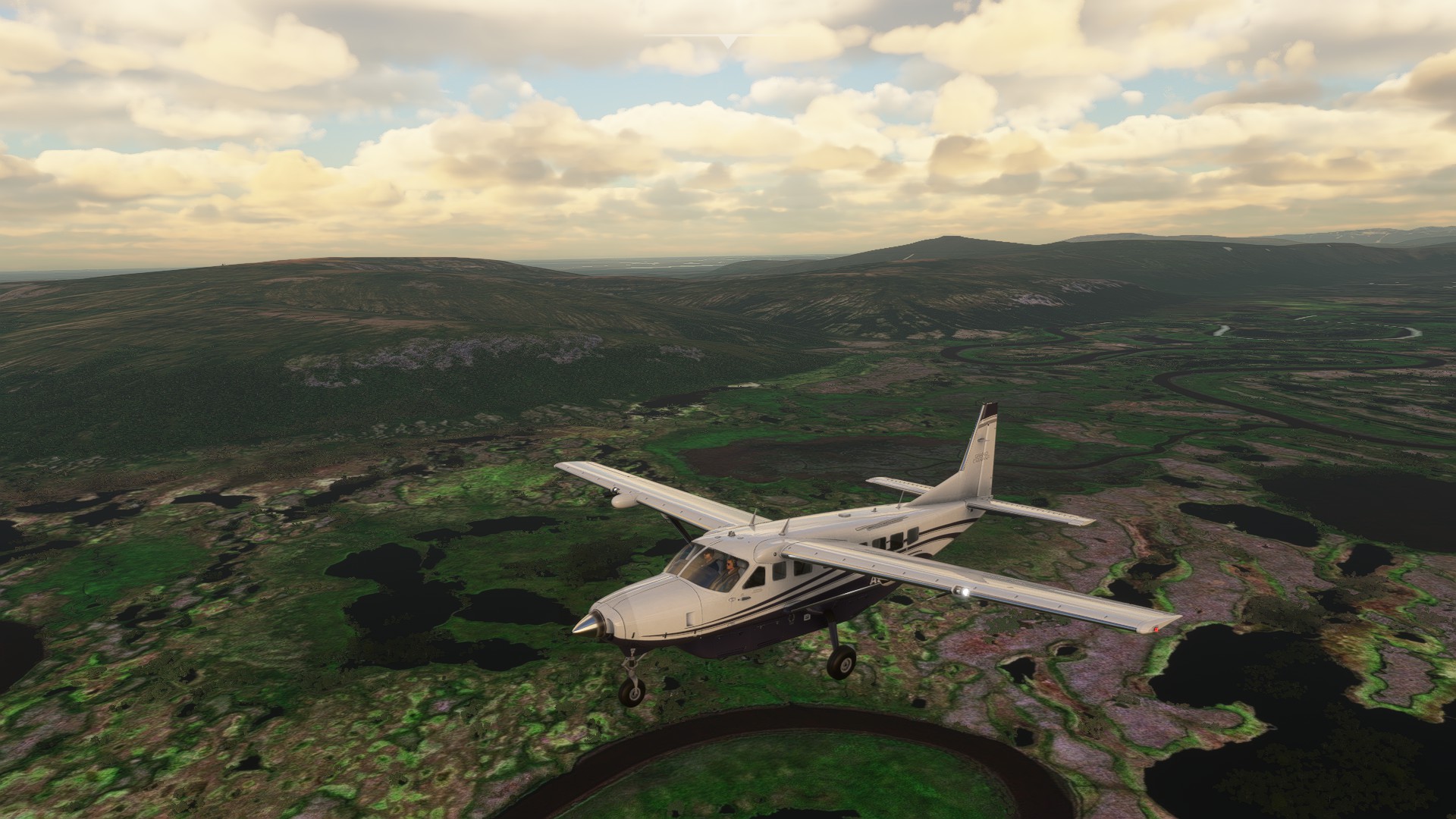 Continuing east over a very weird landscape. I'm sure a lot of things affect the imagery Bing uses, and not all of their tiles are a 100% reflection of what you would really see flying over the area on a typical day. But whatever, interesting it certainly is. 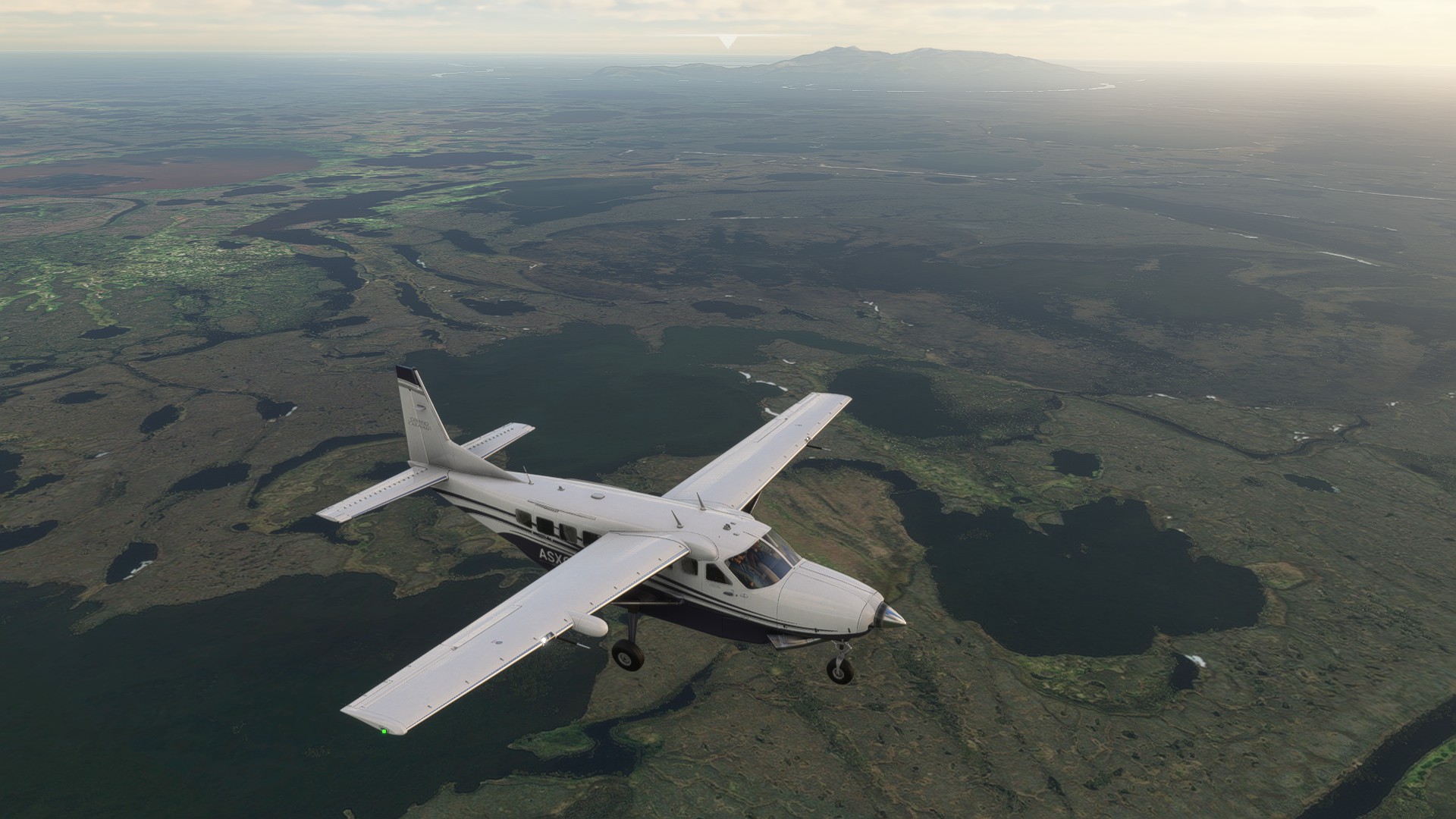 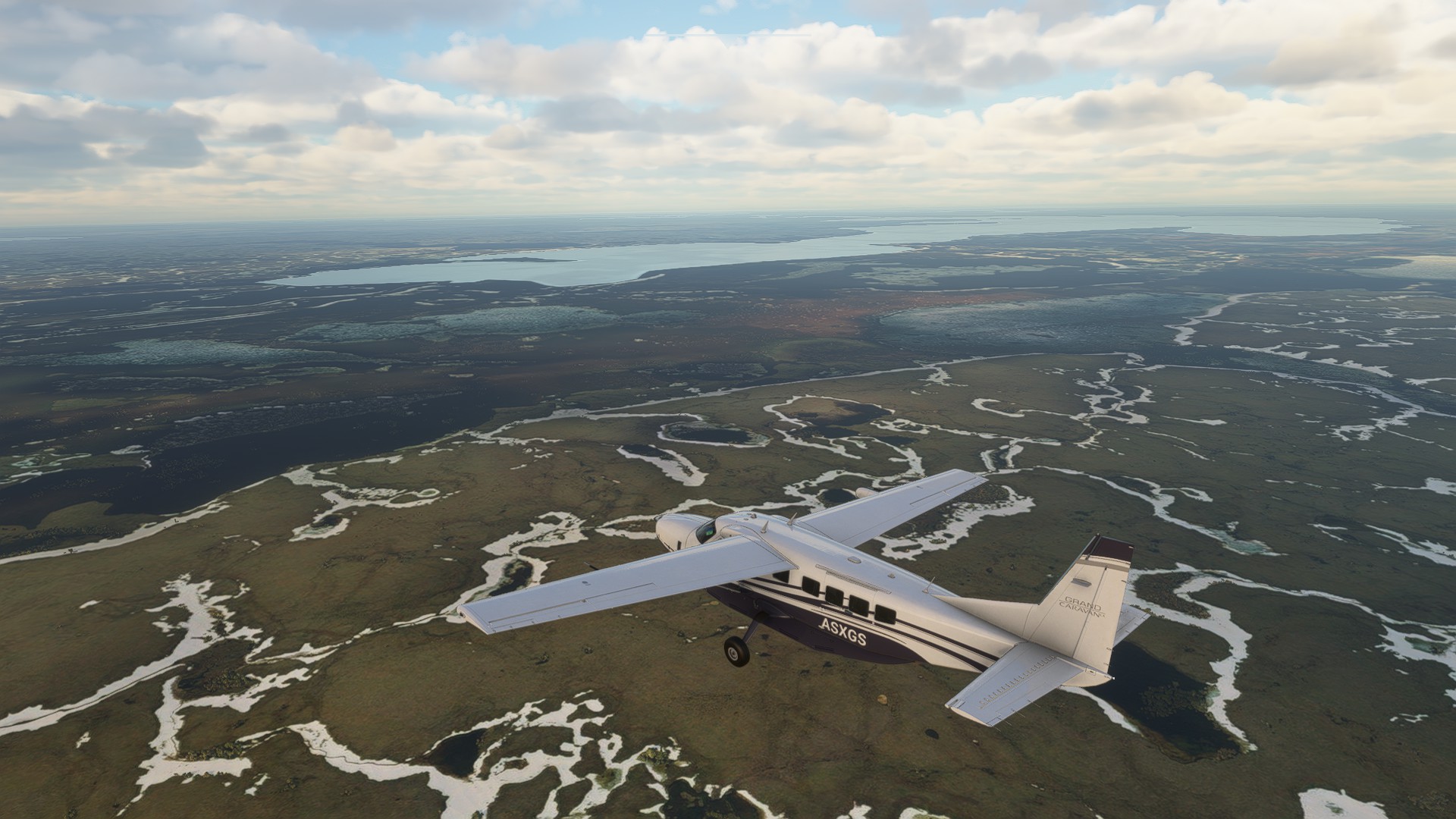 Now southeast. Sorry for not being more specific, lol. There really is nothing there.

Well, actually, that's not quite true. Here's a bit of info on the reserve from good ol' Wikipedia: December 2, 1980 - President Jimmy Carter signed the Alaska National Interest Lands Conservation Act (ANILCA) into law, which created the Yukon Delta National Wildlife Reserve by consolidating existing refuges and adding additional lands. It is home to about 35 villages and 25,000 people, many of Yup'ik Eskimo origin and dependent on a subsistence lifestyle. The refuge's coastal region bordering the Bering Sea is a rich, productive wildlife habitat supporting one of the largest concentrations of water fowl in the world. This national wildlife refuge is home to mammalian species such as muskrat, brown bear, muskoxen, moose, black bear, coyote, Canadian lynx, porcupine, beaver, two species of fox, river otter, marten, wolverine, mink, polar bear, and wolf packs. More than one million ducks and half a million geese use the area for breeding purposes each year. There are also very large seasonal concentrations of northern pintails, loons, grebes, swans and cranes. Often, some of the 150,000 plus Mulchatna caribou herd migrate onto the eastern tundra areas during the fall and winter. Walruses, seals, and porpoises can be found in the waters as well as beluga, gray, and minke whales. 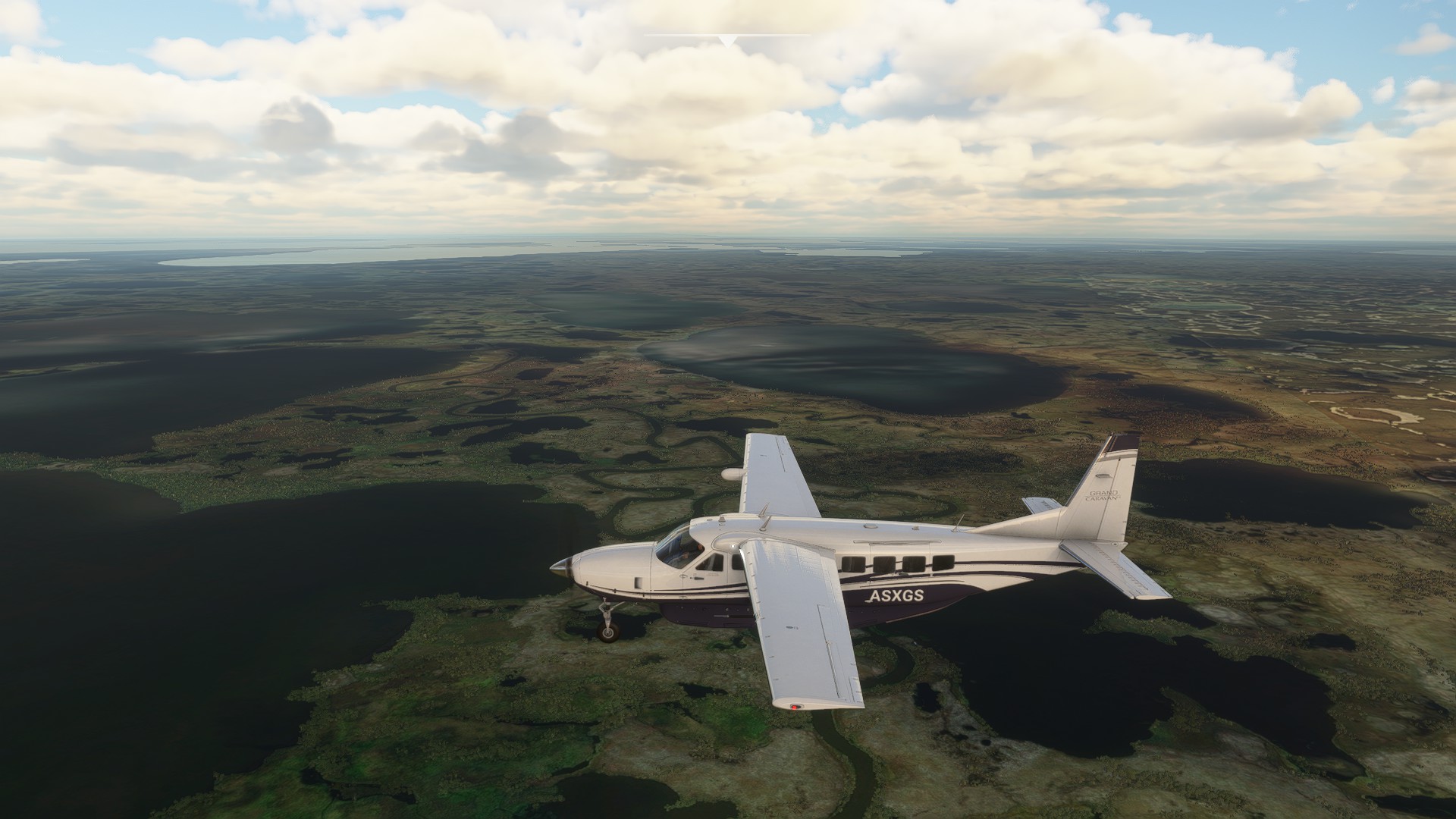 So... getting ready to turn...southwest, above a ton of grebes and Mulchatna caribou. 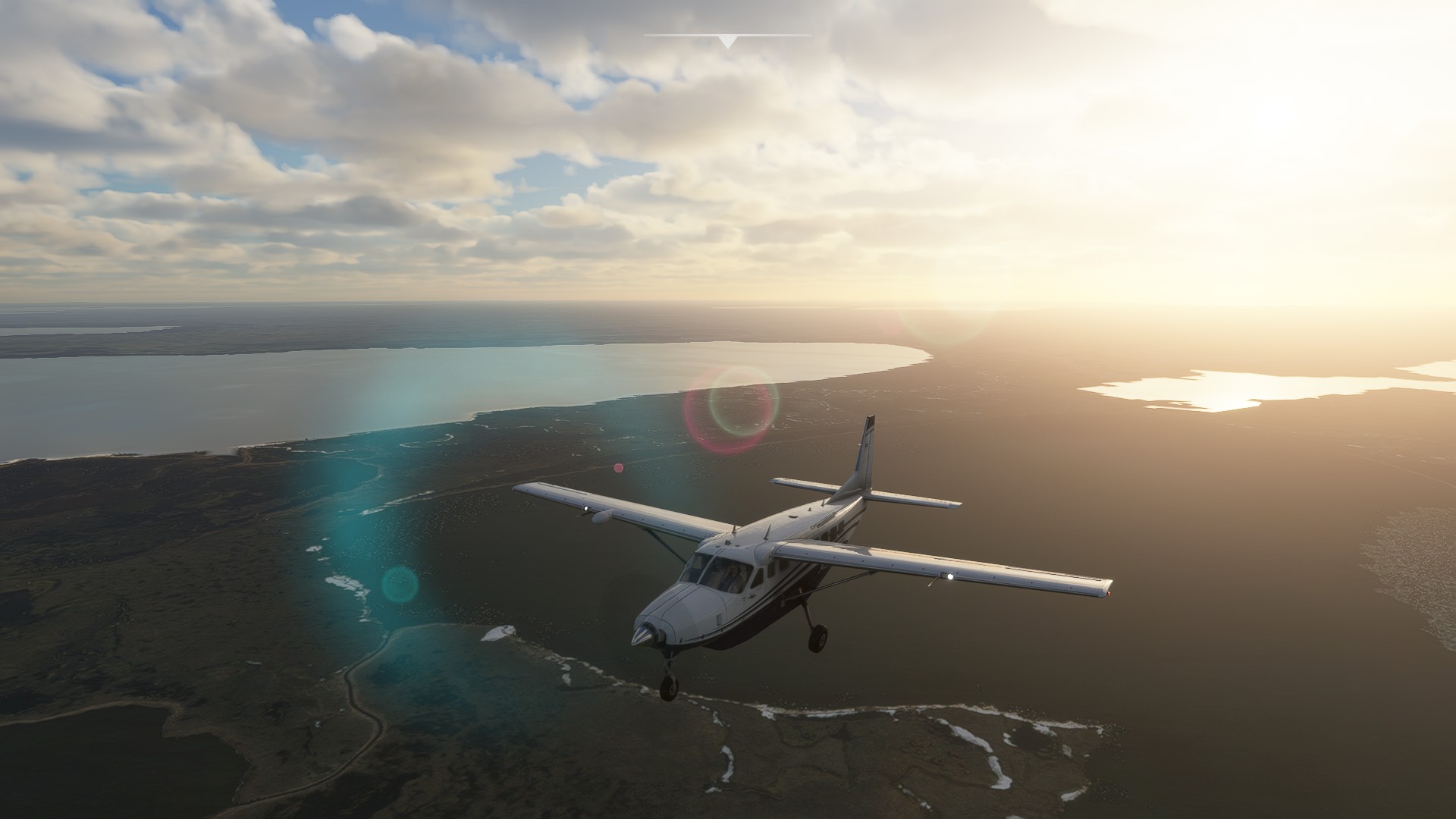 Heading SW over some lakes. If you look closely you can just spot a musk ox wallowing happily in the shallows. 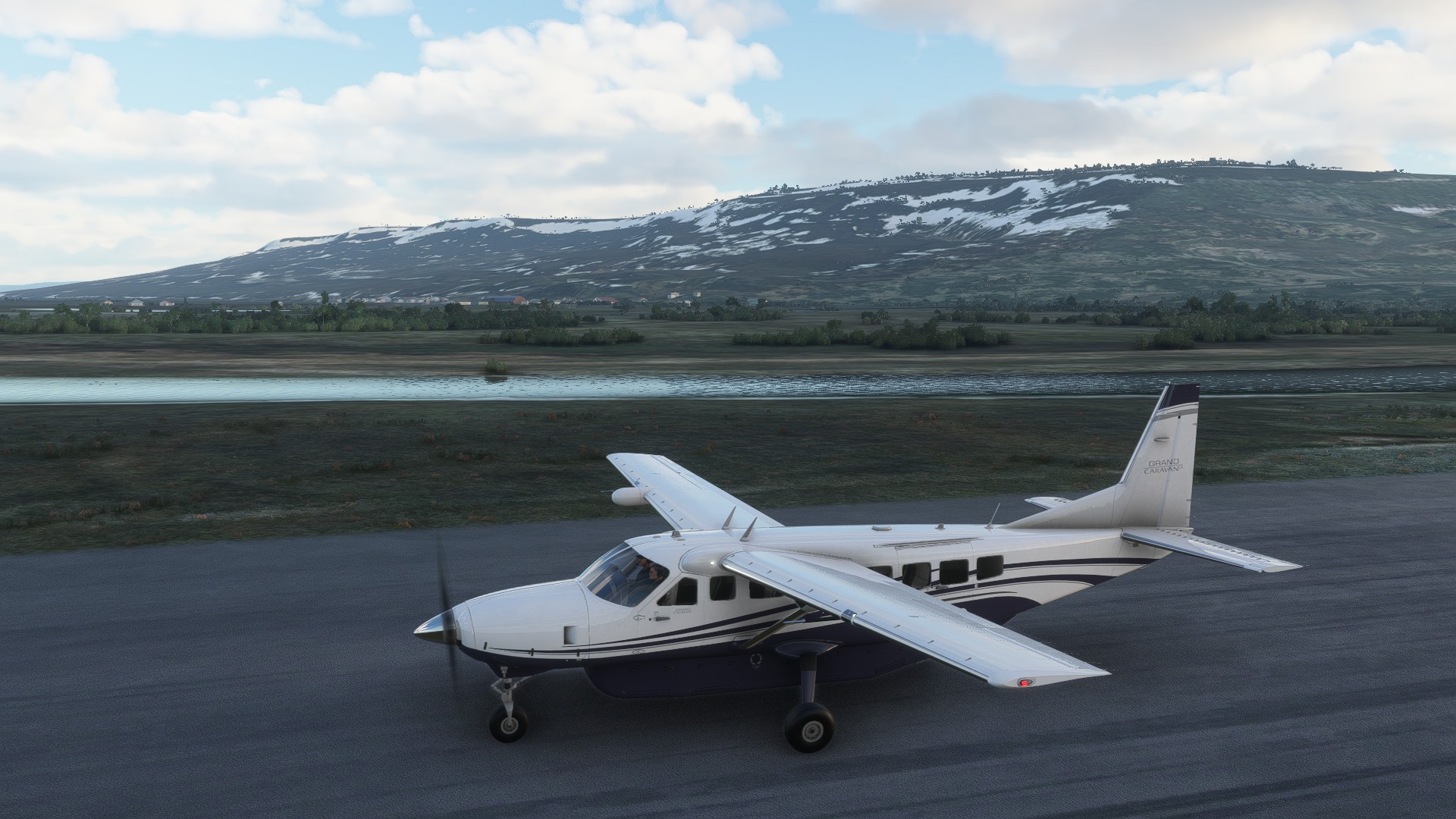 Well, we've arrived in Nightmute. It's been a pleasant flight again. Off on another holiday now - hope to post again in around 2 weeks.

Enjoy those summer days and nights!

Re: See the world, they said 3A Alaska 1

Re: See the world, they said 3A Alaska 1

Users browsing this forum: No registered users and 296 guests