a RENAULT 11 TURBO & a VW MECHANiC in a TRUCK SHOP

With a lot of interest in Auto's here, only wingless machines please!
Post a reply
10 posts • Page 1 of 1

a RENAULT 11 TURBO & a VW MECHANiC in a TRUCK SHOP

In 1986 I resided in México City & some of my customers (friends) owned Restaurants. My favorite was LA BAiTA (the Hut) with the very best italian food you could taste in México City, one block from la Fuente de Petróleos. They invited me for dinner with Rossana -my napolitan sweethart- so I could diagnose the problem in their new Renault 11 Turbo. Mexican Renault Service was notably ineficient on those days and the Renault 11 Turbo was new... before they went to Valle de Bravo (two hour drive from México city) and HiT the underside with a rock. They returned in stuck 3rd. gear, by sliping the clutch until it smelled burned to start moving.

We had a friend that asked the Renault Service: "What's that nasty grinding sound in the gear box?" just to find out that "somebody" at the Factory had forgoten to fill the whole trans axle with gear oil, and transaxles were not built in México but imported from Françe completely assembled. They would change it but first he had to wait for importing from Françe, since new cars do not have a full repair stock of parts. That could take from 3 to 6 months & maybe this time it will be filled with oil!! That's the main reason owners of La Baita didn't want to deal with the warranty. After all (they reasoned) the gear box was not making any grinding noise, it came back cripled but functional, just a matter of unstucking something. I told them it was my first sight of a Reanult 11 Turbo with a 5 speed manual. But they were not listening & I needed that income for my shop.

First thing I noticed when looking underneath was the linkage potruding unprotected & slightly bent. After a deeper inspection I noticed the whole front unit (motor, transaxle, suspensión, steering & radiator) was mounted on a subchasis: I had to raise the whole automobile AFTER disconecting the whole subchasis (four bolts ONLY) and then I could separate the transaxle to access that "simple" linkage. But my mobile shop on wheels was not equiped for such an operation, VW were notoriously simple in comparison: raise the automobile, take the air cooled contraption down with a simple jack & same thing for the transaxle. No need to roll the auto without front wheels nor steering, or to pull the whole front unit from under the car... with no suport for the suspensión nor any steering.

"What do you need?" they asked me, "I need a clean flat floor and heavy lifters or a ramp for the car" I answered. Undaunted they went back into La Baita to talk to a customer. He owned a Truck Shop!! Automobile mechanics are nothing compared to truck mechanics: when a truck enters service iT IS LOOSiNG MONEY plus NO iNCOME from no transpotation, so they have to team up from start to finish day & night (at least 3 shifts) be it regular maintenance or a whole overhaul, like pit stops in F1. This man happily agreed to let me use his equipment (heavy equipment I must say, nothing better for my needs) and put his mechanics at my disposal if I needed any assistance (like four hands, I did not know since I was in uncharted territory).

To shorten this tale, the more I disasembled the whole car the more I noticed they should NEVER had left paved roads. Everything was designed for a full shop with full special Renault equipment. After a whole day I had the trans axle separated from the subchasis, the rest of the car lifted over my head & over my working space. Then I started to separate both transaxle shells for accesing the bronze linkage: it had bent iNSiDE. The more I moved and pried nothing permited opening, and I remembered many transaxles had to be in Neutral to allow disassembly, but this was stuck iNSiDE with 3rd. gear engaged (welded it seemed!!).

There was nothing else being repaired around me, so the mechanics started geting interest in my problem. We pried, twisted, pulled, made shure there was not the tipical forgoten (or hiden) screw or bolt anywhere, until after TWO HOURS the thing poped open... sending all kind of litle balls, springs and what not all over the place!! Like if instead of opening it had exploded!! But the secret of a good shop & mechanical team is CLENLiNESS: all were trained to find even the smallest parts and we finally had all parts in a big tray. But I did not know at what location every piece went. I mean, a VW transaxle I could do with eyes covered, but this was my first 5 gear manual, with no manuals on the market yet for consultation (I have ALLWAYS learned something new from good manuals).

After taking a Deep breath I started studying all parts for fit, size, direction, order... and I must take my hat off to Renault Design: NOTHiNG WOULD FiT anywhere but in the right spot!! Either by length, or thickness, or head types or thread type. Actually it was impresive. Meanwhile the mechanics had put the slightly bent selector under a press and it was straight again!! Good bronze material, it was not even marked nor cracked. After two days work I charged an excellent amount for my shop on wheels, my fiends were happy to have the car back at such short notice and gave me a Premium: since that day they never let me pay any bill, no mater if I was alone or with Rossana.

I can imagine what a pain in the a*#e it was to fix especially after the unit spat out it's components! (I've had that happen to me, not in a clean tidy garage but a normal home garage full of junk! Took absolutely ages & quite a bit of cussing to find the part!! Especially when I found I didn't have the correct, specialist tool that costs a pretty penny & used only once!!)

Kinda reminds me of when I had an old Audi Coupe 2.2 GT & I had to swap out its radiator one fine cold February night after work, ready to drive back the following morning. After I'd let it cool down while having my dinner, I went out into the nice cold weather (not!) jacked it the car up & ventured under the car (after placing axles stands)

I undid the bottom hose clip, pulled the pipe away from the radiator & for some reason it was at this point I had forgotten all about the very cold & dirty water that was still in the rad, with the resulting gush of aforementioned very cold & dirty water pouring itself all over my head etc. Considering this happened on one of the coldest days so far, I had to venture back indoors sopping wet & cold much to the amusement of my Mum, Dad & Brother. It took alooong time for me to live that experience down I can tell you!

I must say that I've always purchased the Haynes manual for the car I've owned at the time, always proved invaluable, especially before I had the tinternet! https://haynes.com

I've always wondered if you guys (& gals) overseas had access to Haynes manuals or the equivalent?

I wont mention the time I managed to drill into my petrol tank fitting an earth cable when installing a speaker amp for my car stereo!

SpaceHippy1975 wrote:...I must say that I've always purchased the Haynes manual for the car I've owned at the time, always proved invaluable, especially before I had the tinternet! https://haynes.com

I've always wondered if you guys (& gals) overseas had access to Haynes manuals or the equivalent?

I wont mention the time I managed to drill into my petrol tank fitting an earth cable when installing a speaker amp for my car stereo!

YES, the Haynes manuals are the best & I could buy them in the past, when I was in charge of a Classic & Luxury Car Shop (in 1981). Jaguars from the 50's where my favorites (one exception: the MB 230SL "Pagoda" -or W 113- with remouvable Coupé roof & Roadster soft top) and the XKE was a joy to drive (but a maintenance nightmare!).

But I am specialized in Classic (or REAL) VW's, aircooled motor at the rear with swing axles, designed at a time when Autobans were inexistant & no mechanics around. After working at Interamericana VW shops in 1957, 58 & 59, I left because I earned more money with less stress working for myself at the customer's garaje (or garden, sometimes). He pays that rent, electricity, taxes, phone & all etcéteras. Sincé I left my tools after dismantling the vehicle, I asked the money for parts & went for them. Since I allways paid in cash, I had good discounts (20-30%) at most part stores, that payed for gas & my vehicle maintenance because my customer would pay the public Price. My work fee was extra, if my customer was short on cash I could give either a discount or credit until he could pay. No use in keeping tags because next time the VW would need something, he would say "I have your money" automatically. I would carry a copy of the "How to keep your VW alive" for explaining procedures to my VW clients.

THE COCKPiT: nowadays with BLACK steering wheels one can't even touch'em after parking under the Sun. I use White tape but elegance is no more... Here the great Master Jean Ragnotti with a R11 Turbo.

Nice story! & one of my all time favorite cars is the SL Pagoda! Haynes never have the manual for my car as I also tend to choose non standard cars/engines. In 30 years and maybe 15 cars not one. Youtube is often my friend but again not for my exact cars on the exact job I am doing. Experience, taking photos along the way and labelling the order of assembly.
Think global. It's the world we live in

I BET that Renault 11 Turbo has EXTRA PROTECTiON underneath...

pete wrote:Nice story! & one of my all time favorite cars is the SL Pagoda! Haynes never have the manual for my car as I also tend to choose non standard cars/engines. In 30 years and maybe 15 cars not one. Youtube is often my friend but again not for my exact cars on the exact job I am doing. Experience, taking photos along the way and labelling the order of assembly.

Well Pete, if you get a Pagoda, Haynes has the manual: I BET that Renault 11 Turbo has EXTRA PROTECTiON underneath...

And also inside, estimado compañero. 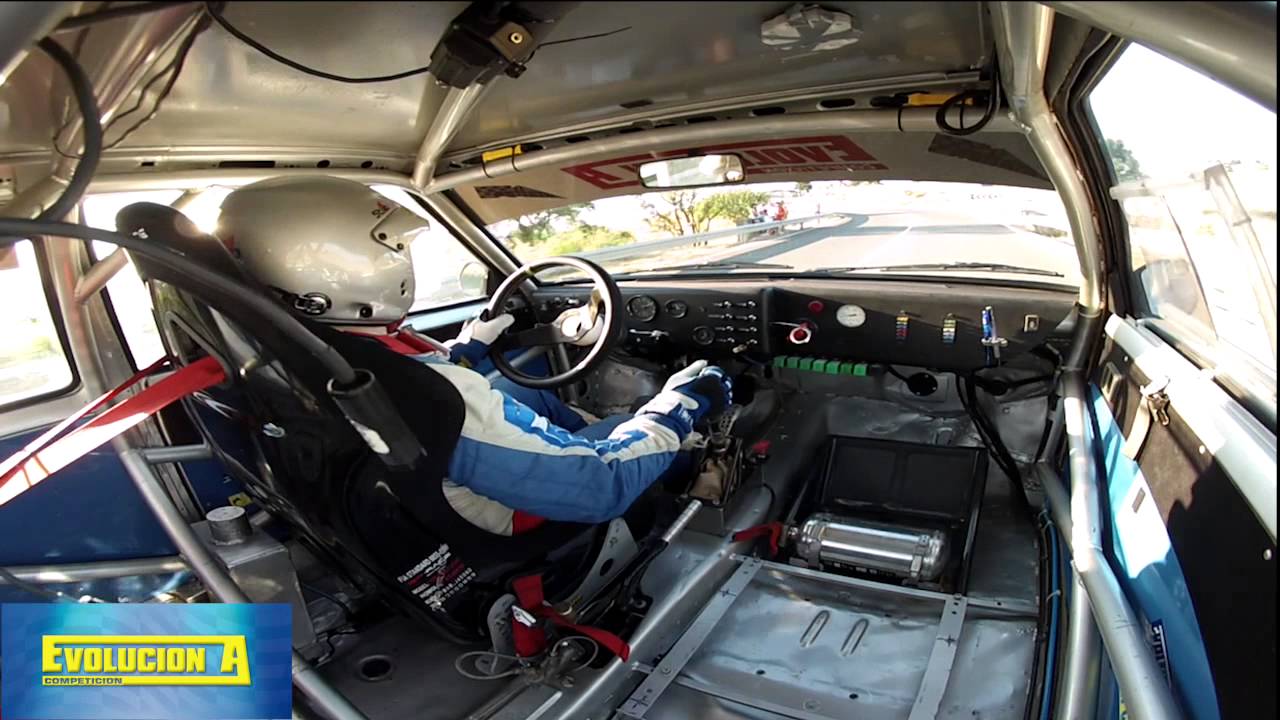 And also inside, estimado compañero.

I have no problem in driving in te wrong side in UK, a pic of my visit to Duxford in 2015 Users browsing this forum: No registered users and 112 guests